In Maryland, what is the definition of Divorce?

Maryland has two types of Divorce: Limited and Absolute.

What is a Limited Divorce?

What are the grounds for a Limited Divorce?

The grounds for filing for a Limited Divorce are

What is an Absolute Divorce?

An Absolute Divorce is a final divorce, whereby all marital issues are addressed, including property issues, and upon the receipt of the final divorce, each party is free to remarry.

What are the grounds for an Absolute Divorce?

he grounds for filing for an Absolute Divorce are

Are irreconcilable differences grounds for divorce?

What is a legal separation?

Maryland does not recognize a “legal separation.” At the time of the divorce hearing, whether or not a couple is separated is a question of fact. The parties must live separate and apart without sexual relations with each other to be considered “separated.”

Is a no-fault divorce possible?

Yes, based on either a one-year separation or mutual agreement.

What evidence is needed to prove adultery?

Adultery can be proved by circumstantial evidence. If the adulterer refuses to answer questions relating to the adultery by invoking his 5th Amendment right against self- incrimination, the court may draw an adverse inference of adultery in the domestic case. Circumstantial evidence can also include evidence that the adulterer and paramour were inclined to commit adultery and were together at a time and place and under circumstances which provided them an opportunity to engage in sexual intercourse.

What acts constitute abandonment or desertion?

“Abandonment” and “desertion” are synonymous. When one party, without just cause, moves out of the residence of the parties with the intent to end the marriage, and basically “disappears” by not upholding any of his or her responsibilities.

What is constructive abandonment?

Is one act of violence grounds for divorce?

A single act of violence, in order to constitute cruelty, must indicate the intent of the offending spouse to do serious bodily harm or be of such nature as to threaten or place the victim in serious danger in the future.

Our team of experienced attorneys are available to discuss and help with your legal needs. Contact us online or call (301) 251-0100 to arrange a consultation with one of our Rockville or Frederick divorce lawyers.

* Required Fields
We respect your privacy. The information you provide will be used to answer your question or to schedule an appointment if requested.
FAQ

“Sylvia Borenstein & Laura Duncan of Fait & DiLima, LLP were incredibly knowledgeable and experienced at helping me sorting out and making a lot of important decisions for my life changing divorce. ...”
- B.H.
“Sylvia Borenstein's Professionalism and knowledge of family law was very impressive. She thought of ways to help my sons that I never knew existed. Like establishing Trusts that are designed for ...”
- B.H.
“Dorothy Fait successfully helped me through a highly contentious divorce, custody, and support case. Throughout the entire process, she was the perfect mixture of professionally skillful and also kind ...”
- J.V.
“I had met several family law attorneys in the past through the Montgomery County Bar Association, and 2 years later when my (ex-)husband and I decided to get divorced, she was top of mind. Before ...”
- I.A.
“Laura and Dorothy are very professional and knowledgeable. When I hired them I [had] been two years in the divorce process already. I was hopeless and then Laura [and Dorothy] put everything in order ...”
- M.M.
More Testimonials 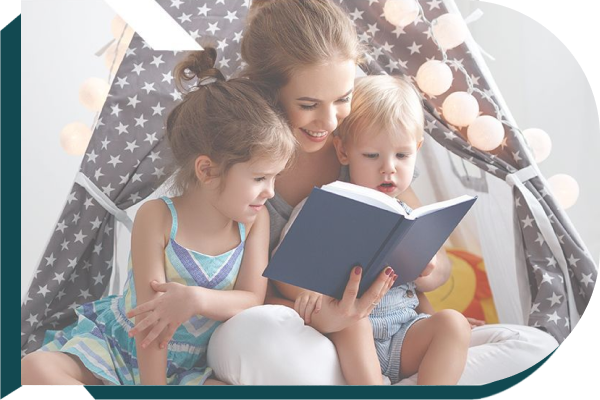 When divorce and other family law issues must be resolved, there are no substitutes for an attorney’s experience and dedication to client satisfaction. The Frederick and Rockville divorce lawyers of Fait & DiLima, LLP have more than 50 years of combined experience and an unmatched commitment to help individuals and families navigate challenging times.

* Required Fields
We respect your privacy. The information you provide will be used to answer your question or to schedule an appointment if requested.

How Do I Hire a Good Divorce Attorney in Maryland?

Finding the right divorce attorney is not as simple as typing “divorce lawyers near me” into your preferred web browser.

How Does Maryland Determine Child Custody in a Divorce?

When there are children involved in a divorce, the issue of where the children will live is frequently a source

What is the Difference Between Guardianship and Conservatorship?

When it comes to guardianships and conservatorships, there are many similarities between the two. That said, a guardianship is typically