If you and your spouse are planning to file for divorce or are in the beginning stages of one, your children’s well being is likely a priority. Despite this, it can quickly become an area of contention and great emotion even if you are separating on friendly terms.

As a parent going through a divorce, child custody is a matter you need a comprehensive and thorough understanding of, but this isn’t always easy because of complex legal terms and processes. Our divorce attorneys at Fait & DiLima, LLP are here to ensure that you grasp the full picture of child custody by going over the different types, which one may be better for your situation, how it works, and more.

The Two Types of Child Custody

Physical or residential custody is essentially concerned with the everyday caretaking responsibilities of the child, and his or her physical residence.

In most cases, physical custody is granted to one parent, called the custodial parent, and the other is granted access. Typically, the parents will arrange a set schedule where the non-custodial parent receives exclusive time with the child. This can be every other weekend, alternating holidays, and time in the summer.

As we mentioned previously, courts may order sole custody if a parent is deemed unfit to care for the child. In this case, the non- custodial parent may still be allowed some access which may be supervised.

Pros and Cons of Joint/Shared Custody

Studies have shown that it’s in children’s best interests to remain in close contact with both parents after a divorce, no matter the custody arrangement. Joint custody also alleviates some of the burdens of parenting by placing an equal load on both parents. However, this arrangement comes with its disadvantages too.

Children may need to move back and forth from one parent to the other, which can disrupt their everyday lives. Additionally, it can be difficult when either parent cannot get along or hold ill will towards one another, which can negatively impact children. Lastly, it can be costly to maintain two homes for children.

We understand that navigating child custody can be stressful. Seeking professional feedback from an experienced attorney can help you make sound decisions which in turn should result in the best for your child.

Contact Fait & DiLima, LLP at (301) 251-0100 to schedule a consultation with our child custody attorneys today. 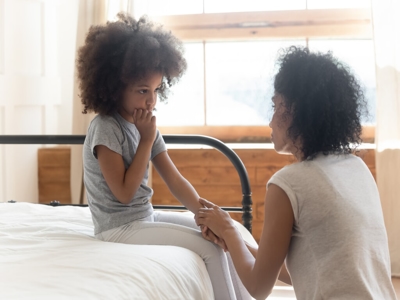